Meet Sophia and her family.

Looking at these photos, they seem like a normal family.  What you can't see is that little Sophia is a THREE TIME cancer survivor.  At only 5 years old, she has faced more than most have faced in a lifetime and come out a victor each time.  Through her battles she found strength of a super hero...of Wonder Woman.  When I talked to her mom about how Wonder Woman became such a beacon of strength for her, she told me how this all came about.  Treatment was tough on Sophia, and being so young it was hard to explain why she needed chemo, why she needed so much blood drawn, etc.  Her mom told her that the doctors were really giving her super powers so that she can be strong enough to fight the cancer, just like Wonder Woman.  This was the boost Sophia needed - she was becoming a super hero against cancer. 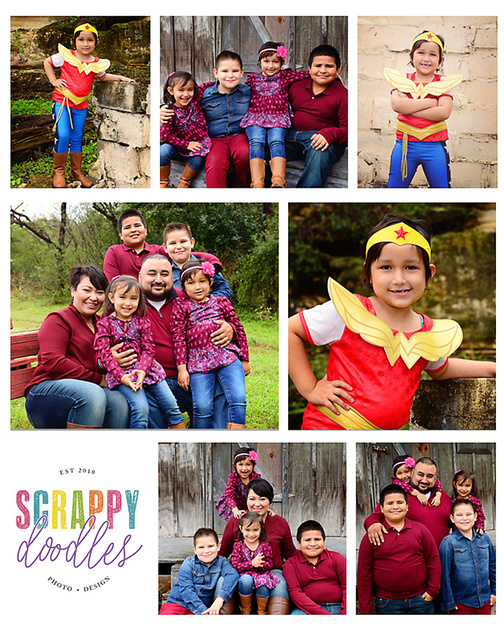 Her journey has been tough, and it isn't over.  You can read all about her journey HERE

We took these photos right before she had to travel to Houston for surgery to remove her cancer the third time.  To say I was inspired by her resilience and strength is an understatement.  Her whole family has the most positive attitude about life, especially Sophia's.  As we were wrapping up the session, Sophia held her head high and chanted "I WILL WIN."  She meant every letter of those three words.  Yes, she will win!! 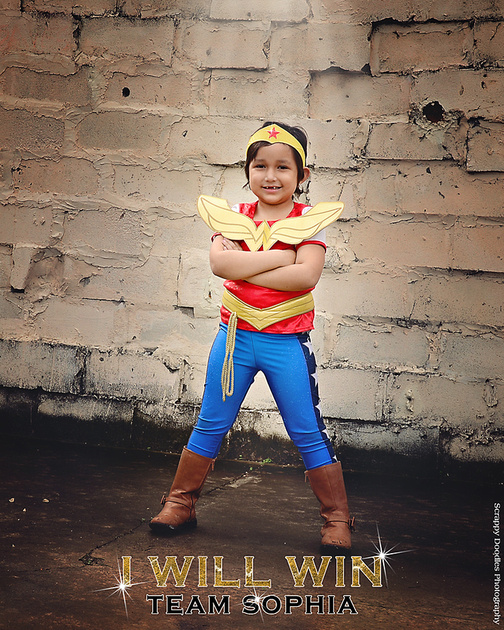