What makes meeting new friends more fun?  Being able to go out flying with them.   Earlier this month, we hosted new friends to our home airfield. 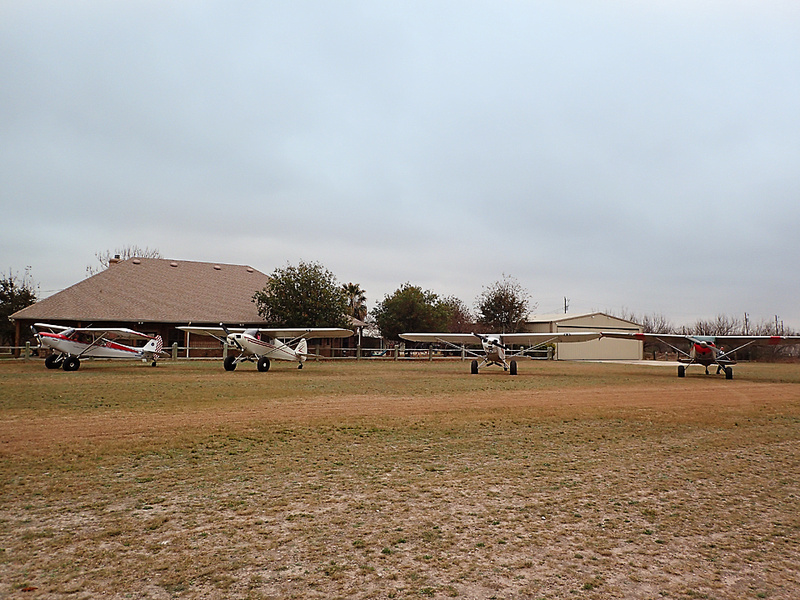 This is what it looks like when you have a playdate for airplanes.

It immediately became the "talk of the town" and our friends became quite the spectacle; it's not every day that three Super Cubs are parked on the ramp.  Not only did they park on the ramp, they camped out at their planes, under the wing.  We have done this before...before we had kids - in Alaska.  Maybe I will blog about that another time.  Someone even called the local paper to cover their trip.  Come to Fort Clark Springs and become a local sensation! :)

Katherine instantly imprinted on Miss Wendy - she was the only soul on board HER cub.  That was a big deal for Katherine...she helped Miss Wendy tie down the plane and asked all sorts of questions.

Our normal Sunday flyday became a Sunday playdate with our planes.  We pulled out the Cessna to complete a rather awesome 4-ship of taildraggers.  Of course the polite thing to do with guests is show them around.  Instead of driving them around the local area, we flew over the area at 500 feet.  We went over to Del Rio over Lake Amistad and up the Devil's River. 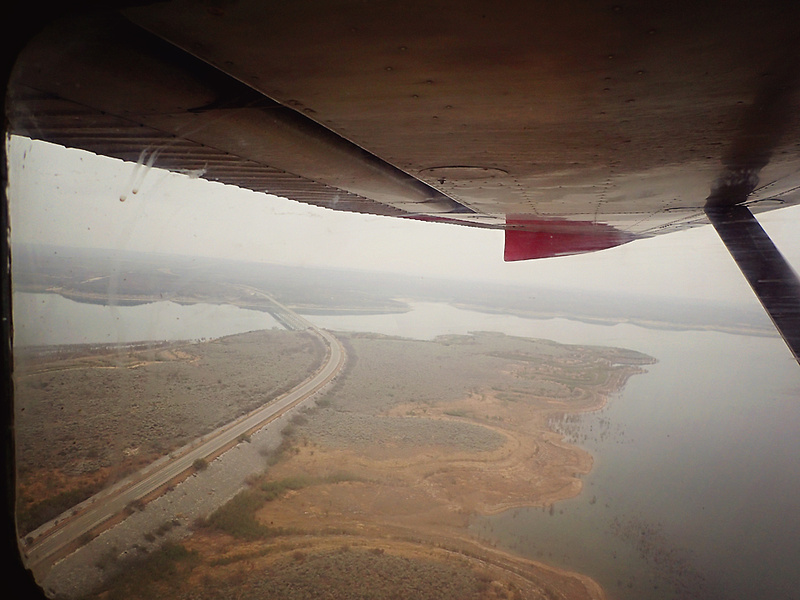 We had never flown over much less up Devil's River before.  Let me just say it's pretty awesome.  We saw caves that had eroded out of the rock wall, cliffs that looked pretty sharp and tall.  The water along the river was a turquoise green color, much different than the brown we have seen at the lake before.  From above you could see how the water had created small creases in the river bed, looking alot like hair.  It was really incredible. 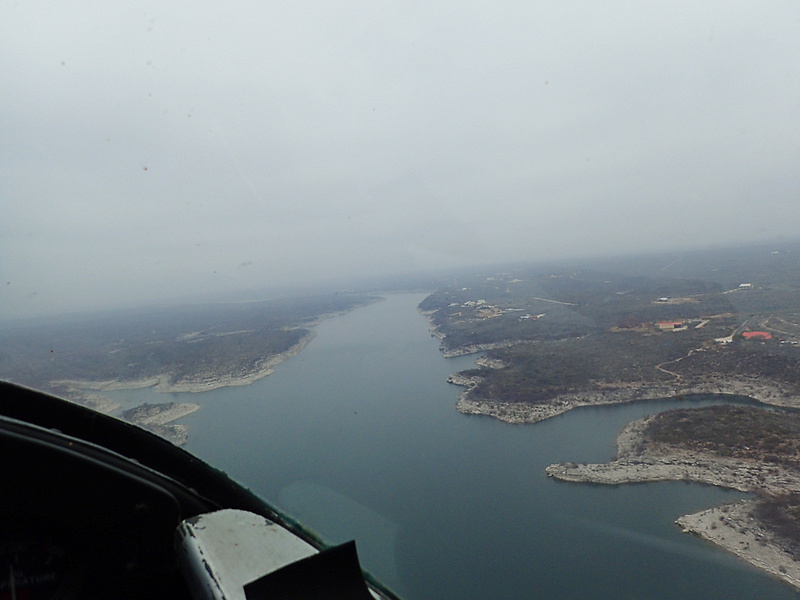 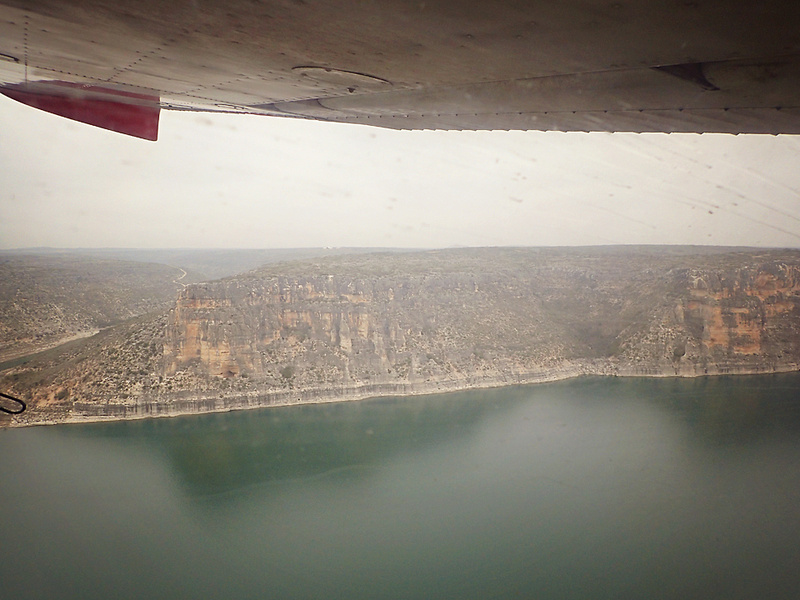 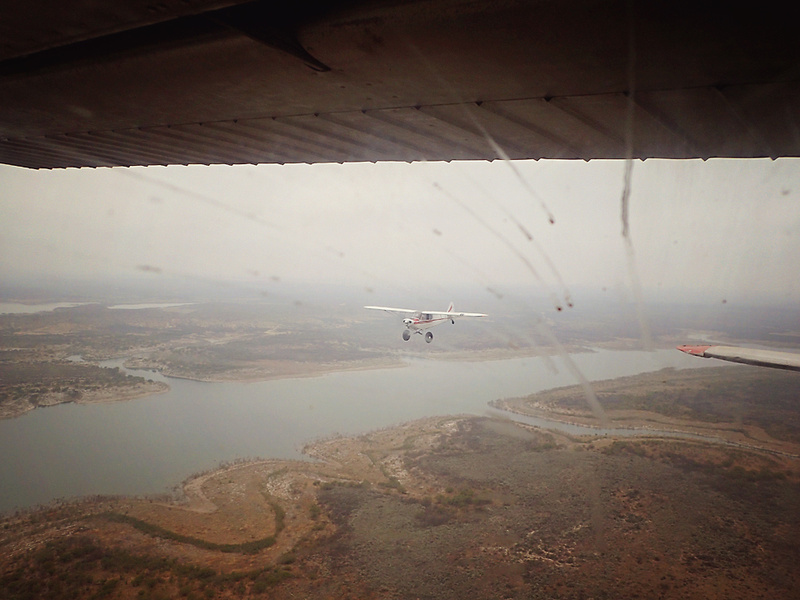 We had an open invitation to land at a ranch and stroll about, but the terrain was more harsh than we planned for so instead we settled for some low level flying and went to Del Rio International Airport for gas.  Four non-military planes coming in to land is quite the footprint, and we were greeted with warm welcomes from the staff.  They said that our arrival was the most activity they had seen in a while there, kinda surprising, but we will take it!  The manager and I were talking and he asked where we were visiting from.  When I said Fort Clark, he looked at me kinda funny, as if he hadn't heard of planes coming from there.  Guess we need to get gas in Del Rio more often. 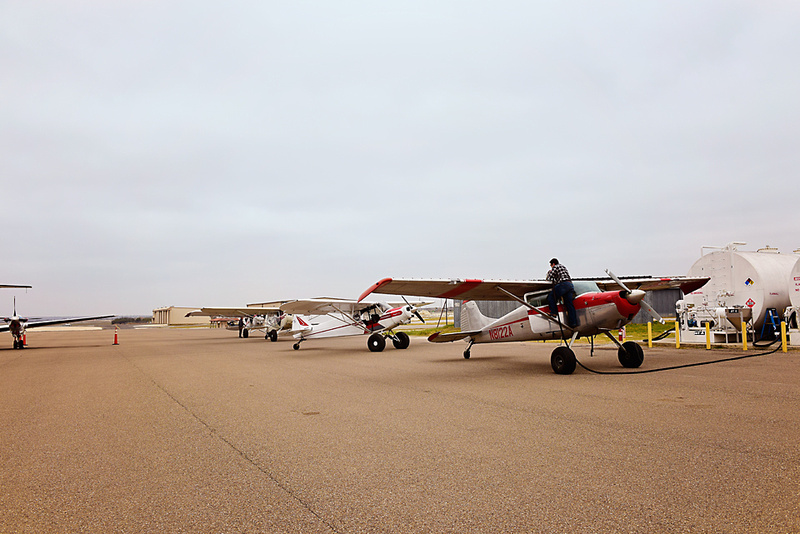 What an airplane gas stop looks like. Long line at the pump! 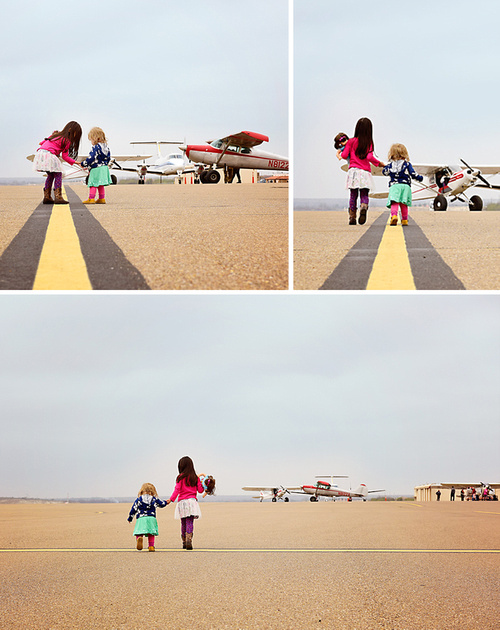 The youngest pilots in the group

On the way back we flew through Del Rio, pointing out interesting facts about the town along the way.  We flew over Laughlin AFB as well; showing someone where you work from the air is pretty cool.  You get about 3-5 mins to talk about what you do before you fly completely by it.  Talk about learning to be brief when providing a tour! 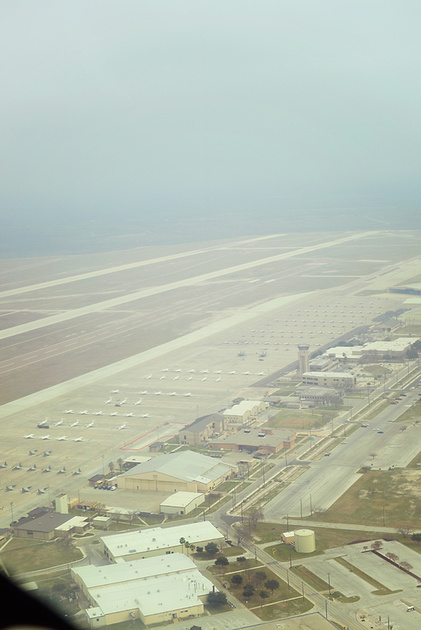 I have a tendency, as most of us do, to post photos while inflight on social media.  As I had been doing so one of my out of town friends just so happened to be driving into Del Rio for the day.  What's pretty cool is that eventhough we didn't wind up able to "see" eachother and catch up, she saw us and was messaging me while we were enroute back to the house.  Technology is so awesome.

If you have a plane (or access to rent one) and want to stop in to check out the fort, please let me know!  We happily welcome guests.  The fort has a hotel on site, we can get you a loaner or golf cart to mobilize in, and of course we love the excuse to fly about and show you the area!  I am happy to help you put an itinerary together of things to see while you are here.  The fort has a fun event coming up, Fort Clark Days, on March 3rd and 4th.  It is a weekend of reenactment and celebration of the Fort's history.  This will be the 40th anniversary of the event and it is anticipated to be bigger and better than ever.  Tailwinds to all! 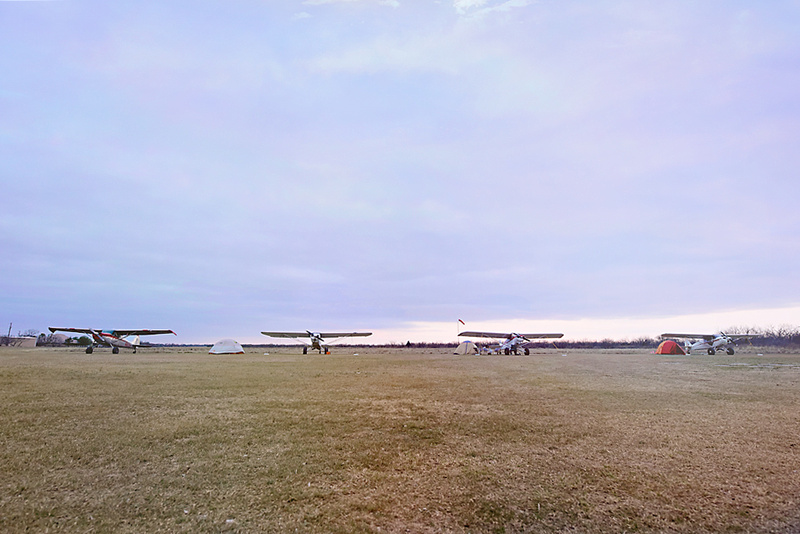