Horseshoe Bay and Beyond | Spring Break 2017

Now that we have a school aged child it is fitting to say we participated in Spring Break festivities for the first time ever.

Spring Break week was originally supposed to be about me finishing my ever prolonged private pilot license, but the weather has been insane so we pushed that to complete in the summer when we had more flexibility with Katherine's school schedule.  Instead, we decided that we would do a 2-3 day trip.  Criteria for where we selected was pretty simple: we needed to be able to fly in and essentially "be there" - no extra car rental for driving, we just needed to be able to arrive.  Horseshoe Bay Resort was just that!

They have a private airport overlooking the resort.  We love it when we aren't in a hurry to be somewhere, because we could just simply enjoy taking our time...and we did.  We first went to Uvalde for gas and lunch at the Hangar 6 Air Cafe.  The girls played after lunch and then we went up a little further North to our destination. 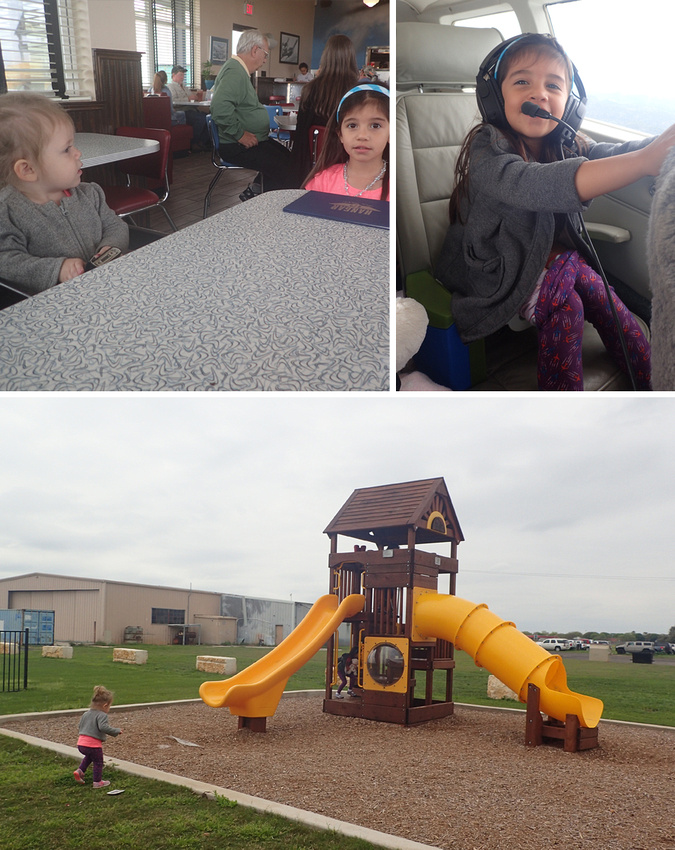 The flight from Uvalde to Horseshoe Bay took about 35 minutes or so.  We stayed pretty low at about 2500 feet to stay under the clouds and also take in how green everything is.  Upon landing, a car picked us up and took us to the resort.  The top picture is when we landed...clear blue skies.  The bottom photo is when we left, what a difference the clouds make. 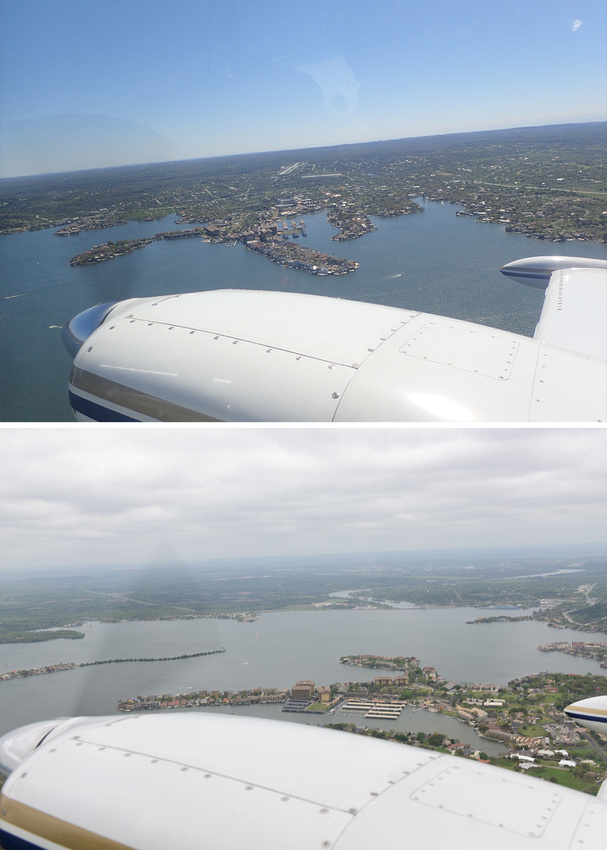 Then the fun began.  Although the weather was really nasty in the morning, the afternoon cleared up very nicely. The girls enjoyed the resort's 18 hole putt putt course as well as all of the birds perched around the entrance.  There was also a flamingo in a small watering hole/pond with a couple of huge tortoise.  We got some pool time in as well.  Katherine really loves the water...Juliana not so much.

The resort hosted crafts for the kids, which of course we participated in, and had a fun cique-sol' show that we went to.  An unexpected highlight of our stay was a walk we took.  I am personally a bluebonnet addict, and well, it's Bluebonnet season and we were Spring breaking in the Hill Country, which means there were Bluebonnets!  So, we took an evening stroll to go find some...while we found Bluebonnets, we also found a man and his son fishing.  They had caught a huge bass and we showed up just in time to assist in reeling it in.  They dad/son duo said they had been trying to catch it all day and were so happy that they did.  Of course this peaked Katherine's interests and before we knew it she was learning how to fish.  After about an hour of not catching anything she soon realized that fishing didn't always mean catching and she was ready to move to something else. haha 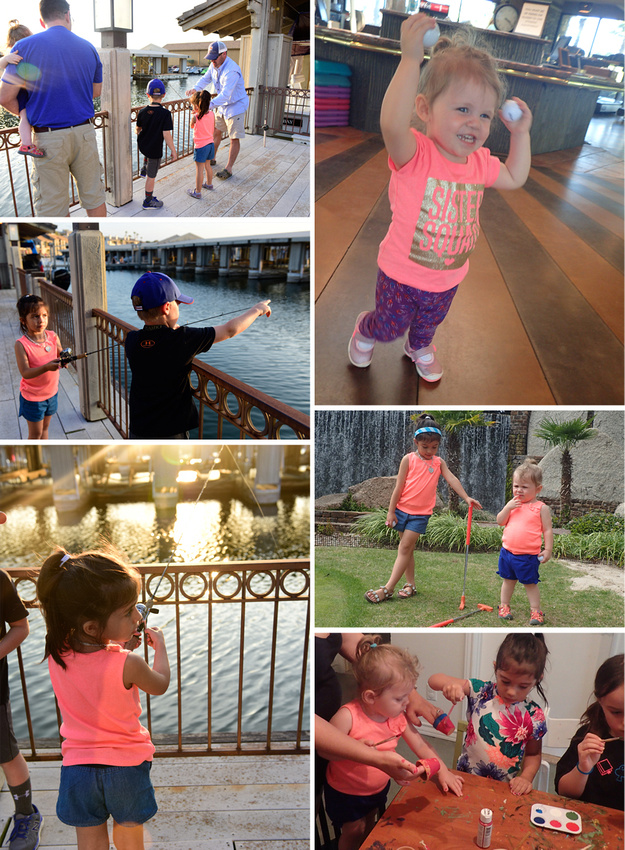 All in all we really enjoyed Horseshoe Bay.  They had alot to do, the food was good, and the rates were really reasonable.  We chose their Spring Break package, which included breakfast and a $50/night hotel credit.  That hotel credit essentially covered dinner.  They had scheduled activities and their putt putt course was so fun!  We are still surprised both girls lasted 2 rounds of 18 holes.  We will definitely go there again! 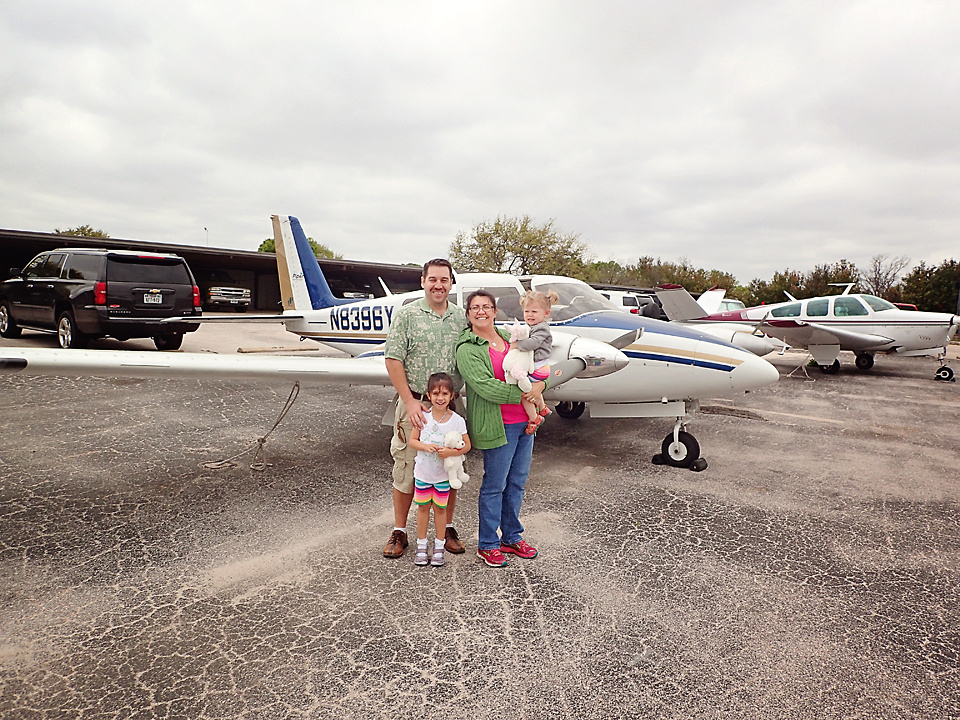 On our journey home, we decided that we would stop in Llano, again for gas and food.  We really love Llano Municipal Airport.  Runway Roy and Llano Larry are the most friendly airport guys and one of them are always there to greet you upon arrival.  While Yeti filled up the plane, the girls and I played...in the bluebonnets.  Have I mentioned how much we love them and Texas?!  We hopped in their former cop car loaner to get some delicious Cooper's BBQ.  So so good!! Yeti was in heaven!  At the airport Katherine made a new friend who was also 4 like her. 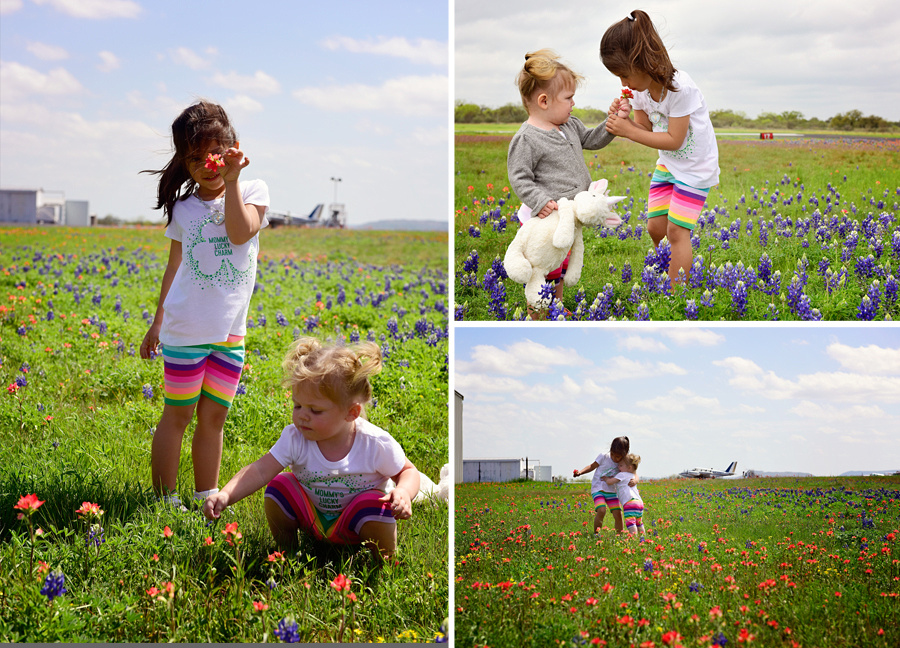 Bluebonnets and Indian Paintbrushes of Llano

Bluebonnet photo safety disclosure.  Don't just let your kids run crazy in the flowers...rattlesnakes and fireants also love them, so sweep the area before letting them frolic.  Here's a really good article about safety.  http://texashillcountry.com/pictures-bluebonnets-careful-warns-experts/

For the last leg home we fought 30 mph headwinds and went up to 8500 ft to clearer air and cooler temps.  Yeti got to use the turbos on the twin and the girls got to nap.  I lost my cell reception so I was forced to look out the window (haha).  30 mins later we were home.   I can not get over how green it is!!  We packed alot into a couple of days, but it was just what we needed...a little bit of time to reset and have fun as a family.  Looking forward to the next time! 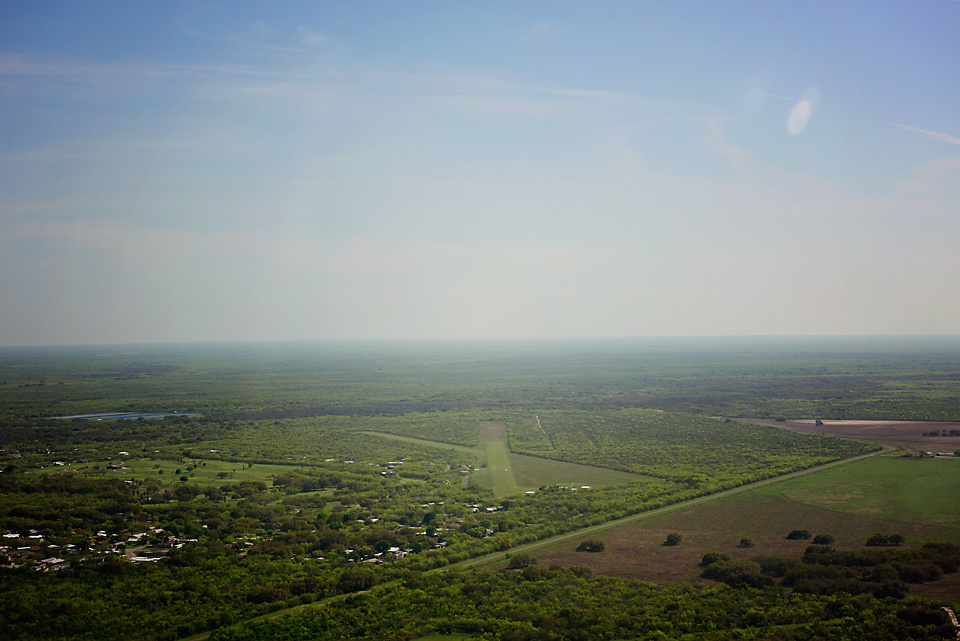